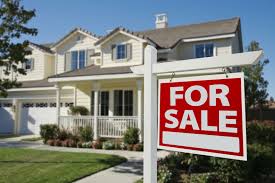 After six years of strong house price growth, the U.S. housing market is now cooling. House price rises are decelerating gradually. Demand and construction activity are falling, amidst rising interest rates. Homebuilder sentiment is also at its lowest in more than three years.

For existing homes, the median price was up by a modest 2.9% to US$253,600 in December 2018 from a year earlier, according to the National Association of Realtors (NAR). December’s price increase marks the 82nd consecutive month of year-over-year gains.

Sales of new single-family houses were down 7.7% to a seasonally-adjusted annual rate of 657,000 units in November 2018 from the previous year, according to the US Census Bureau. Likewise, existing home sales fell by 10.3% y-o-y to 4.99 million units in 2018, according to NAR.

U.S. homebuilder sentiment declined to just 54 in December 2018, well below the previous year’s level of 74 and actually the lowest reading since May 2015, according to the National Association of Home Builders (NAHB)/Wells Fargo Housing Market Index (HMI). A reading of 50 is the midpoint between positive and negative sentiment.

“This housing slowdown is an early indicator of economic softening, and it is important that builders manage supply-side costs to keep home prices competitive for buyers at different price points,” said NAHB Chief Economist Robert Dietz.

The U.S. housing market is expected to continue to slow in the coming years. NAR projects only about 1% increase in existing home sales this year to 5.4 million units. In addition, the national median existing-home price is forecast to rise by a modest 3.1% to around US$266,800.

“The forecast for home sales will be very boring – meaning stable,” said NAR’s chief economist Lawrence Yun. “Home price appreciation will slow down – the days of easy price gains are coming to an end – but prices will continue to rise.”