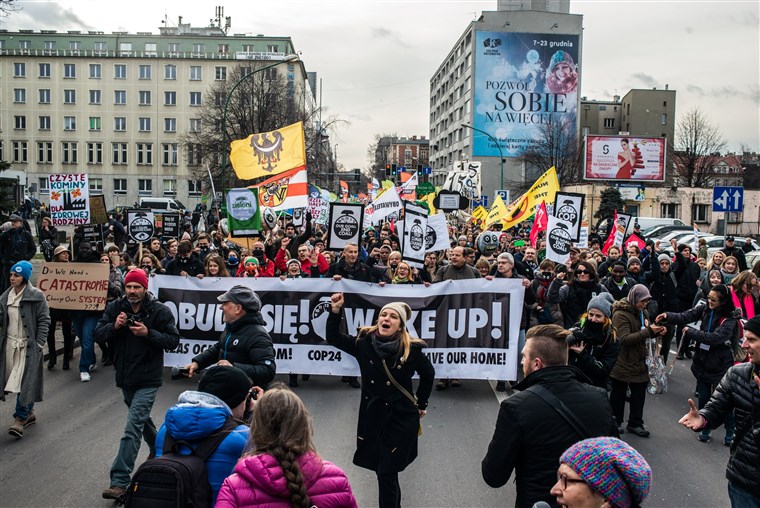 The Trump administration’s announcement this week that it would follow through with its plan to officially withdraw the United States from the Paris Agreement is deeply unfortunate. Leaving the accord will hamper America’s economic competitiveness and put Americans and people around the world at greater risk for climate-related disasters.

That’s why Walmart is one of over 3,800 American businesses, states, cities and other entities that have joined together in the coalition We Are Still In to continue our efforts to reduce greenhouse gas emissions to meet the goals of the Paris Agreement. Together, these entities represent nearly 70 percent of the country’s gross domestic product and two-thirds of its population. If this group were a country, it would be the world’s second-largest economy — behind the United States but ahead of China.

Why is the Paris Agreement so important? Climate change is a global challenge that requires a global response. Although the commitments are voluntary, the agreement sets a clear course toward a low-carbon future, with nearly 200 countries working together and playing by the same rules. The Paris Agreement provides the context for national and global policies in areas like agriculture and energy, which have direct implications for businesses with customers and suppliers around the world.

A decade ago, many people viewed climate action and economic growth as being in conflict. Now it’s clear that long-term growth and climate action are inextricably linked. For example, a report by the Global Commission on the Economy and Climate found that bold action on protecting the climate could generate over $26 trillion in benefits through 2030.

As climate impacts intensify, they are projected to become more costly. According to the recent National Climate Assessment, by the end of the century, warming at the current trajectory would cost the American economy hundreds of billions of dollars from crop damage, lost labor and the consequences of extreme weather. Similarly, the National Bureau of Economic Research found that climate change could cost the United States 10.5 percent in real income by 2100.

In addition, by backing away from the international climate pact, the United States will fail to fully seize the economic opportunities in the growing clean energy sector. At the same time, other countries — including the nation’s biggest economic competitors — are seizing the opportunities in wind, solar and low-carbon innovation and technology.

Even with the absence of federal leadership on climate change, many businesses are stepping up to reduce emissions. As one of the world’s largest retailers, with operations in over two dozen countries, Walmart has a keen interest in reducing the impact of climate change on customers, our employees and our supply chains.

For example, climate scenarios suggest that retailers will see an increase in the net number of days per year that their facilities will require refrigeration; their communities and customers around the world will be exposed to more extreme weather; and the availability of products like produce and other foods will be threatened from drought and other effects of the warming of the planet. That’s why Walmart and many other companies are looking for ways to improve efficiency and reduce emissions.

In 2017, Walmart began Project Gigaton, which has brought together more than 1,000 of our suppliers in an effort to avoid emitting a cumulative one billion metric tons of greenhouse gases from the company’s global supply chain by 2030. Another example is the Science Based Targets initiative, led by the World Resources Institute, World Wildlife Fund, the United Nations Global Compact and CDP, which works with companies to set ambitious targets for reducing emissions. Under this initiative, 690 companies around the world, including 131 in the United States, have committed to set targets to reduce emissions in line with what science says will avoid the worst consequences of climate change. Walmart has committed to this goal.

We believe that businesses that embrace a high-efficiency, low-carbon model will have a better chance to survive and grow in the 21st century. Innovation is essential for any business, but especially in the face of the growing risks and uncertainty of climate change.

Ultimately, tackling climate change goes beyond dollars and cents. It’s about people. You don’t need to look far to understand how our world is changing: Wildfires rage in California, rising seas are flooding streets in Miami, and superstorms have destroyed homes and businesses from Houston to Puerto Rico. The climate crisis affects everything from ­­­­­­­our food and crops to sports and recreation.

Without a rapid reduction in global emissions, backed by strong government policies and business strategies, more people will be in harm’s way. Increasingly people recognize these risks and expect companies to be part of the solution.

While the Trump administration is stepping back from the Paris Agreement, we are not. We encourage others to stay in to ensure we can have a safer, stronger, more resilient and prosperous world for all.