Positive news for the environment: Tesla’s market cap is now bigger than Ford’s was at its peak

HomePositive news for the environment: Tesla’s market cap is now bigger than Ford’s was at its peak 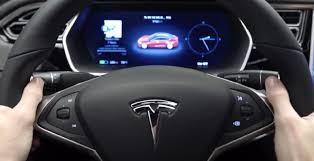 Tesla Inc. is as big as peak Ford Motor Co., with the Silicon Valley electric-car maker stock poised to hit another record on Tuesday.

Tesla shares traded as high as $462.06, up more than 1% from Monday’s record close, the latest in a series of ever-climbing notches that stretch back to mid-December.

Tesla’s market capitalization has zoomed above $82 billion, beating Ford’s at its valuation peak — a market cap of $80.8 billion in 1999, the same year Tesla’s Chief Executive Elon Musk founded a couple of tech companies, including the one that would later become PayPal Holdings Inc. PYPL, -0.36%

Tesla has been the No. 1 U.S. auto maker in terms of market valuation off and on in the recent past, but it is the first time its market cap has topped Ford’s F, +0.44%  at its highest valuation. Ford is currently valued at more than $36 billion, and General Motors Co. GM, -1.88%  is valued at $50 billion.

Tesla’s stock rally got a boost last week when the company reported above-expectations fourth-quarter deliveries, its proxy for sales.

By Tuesday morning, Musk made meme-ready waves by pulling some dance moves while heralding a “very exciting future” for Tesla in China to the tune of “More Than You Know” by Axwell Ingrosso.

Tesla was showcasing the delivery of the first Model 3 sedans made at the company’s plant in the Shanghai area.

Investors do not yet know the date of Tesla’s reporting fourth-quarter results, expected for late January or early February.